In very simple terms, 3D printing is the process of printing three dimensional models for a truly lifelike appearance. The current generation of printers have the capacity to print vivid colours and complex imagery, however the mainstream market haven’t yet been fully introduced to 3D printing.

You may not be aware but 3D printing was first introduced in 1986, however it was only in the 1990’s that the process became prominent in industries such as engineering, architecture and manufacturing. Today, the evolution of technology has once more brought 3D printing into mainstream consumerism. Here’s how businesses in 2015 make the most of 3D printing.

A number of manufacturing businesses have brought 3D technology to the modern mainstream market. Allowing you to create intricate models with just a blueprint, 3D printing will build and mould shapes with the touch and feel that has to be experienced. All that’s needed is a CAD program or animation modelling.

One of the most attractive reasons for choosing 3D printing is the ease for replication of objects. Indeed, bespoke designs can be achieved. These products can be built to the most precise of specifications, meaning that 3D printing is suited to a wealth of sectors.

Elaborating further on the varied products that 3D printing can facilitate, 3D printing can create replacement parts with raw materials. One sector that has greatly benefitted from the introduction of 3D printing is the aerospace sector.

3D printing has allowed businesses to save substantial costs. What is the reason for this? 3D printing requires substantially less manpower and swift production. Indeed, printing a three dimensional object can take a mere few hours.

Given the advantages 3D printing affords it should come as little surprise that the process has grown in popularity and been brought to the mainstream market. The future looks bright for the 3D printer.

Have you ever considered whether or not your business needs an office scanner?

Does your office have an expansive paper trail of documents of different sizes? Are you concerned whether this trail can be more manageable? Do you have a need to print...

The Evolution of the Printer

How to make your commute more productive

There aren’t many people out there that actually enjoy their commute to work. You are on the way to work for starters, but you probably have to deal with morning... 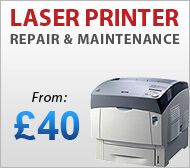